The B-Corp Patagonia, the Forum for the Conservation of the Patagonian Sea, the Whale Conservation Institute and the National University of Patagonia San Juan Bosco invite all people in Puerto Madryn to the premiere of the documentary “Artifishal”, where different researchers will talk about the serious and irreversible risks and impacts of the salmon farming industry on the environment, the community and the economy. 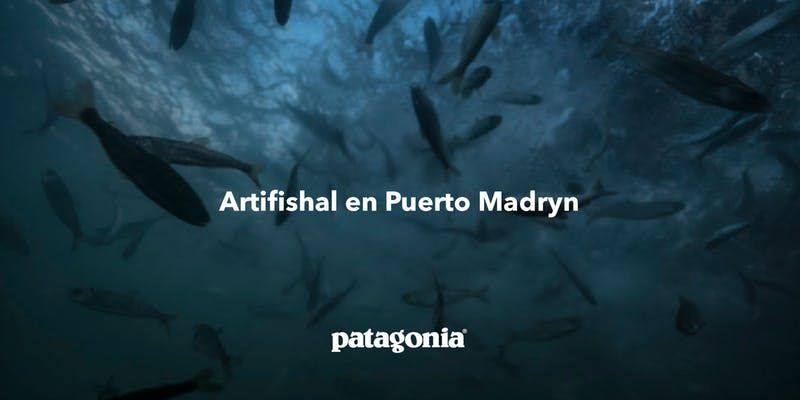 After 25 years of selling hatchery salmon in his restaurants, chef Francis Mallmann decided to ban it in order to protect populations of wild fish. At 63, he said that “it is never too late to learn and start over” and joined the struggle of the Argentine Fuegians to say #NoToSalmonFarming. On Thursday 29th, the city of Puerto Madryn (Chubut, Argentina) will be the next stop of this movement against salmon farms.

The clothing company Patagonia, the Forum for the Conservation of the Patagonian Sea, the Whale Conservation Institute and the National University of Patagonia San Juan Bosco invite to the premiere of the documentary “Artifishal”, a film that explores how fish hatcheries pose a threat for native species and contribute to the disappearance of wild salmon, contrary to what was initially believed. The film, produced by Patagonia, tells the story of communities against salmon farming in other parts of the world, and the damage that this industry has caused to the ecosystem.

At the end of the movie, local researchers will lead a discussion about the threats that the salmon industry represents for coastal-marine environments and the associated economies and communities:

Currently, different sectors of society promote the discussion of bills that prohibit the installation of salmon farms along the Argentine sea coast.

Founded by Yvon Chouinard in 1973, Patagonia is an outdoor clothing company located in Ventura, California. As a certified B Corporation, Patagonia’s mission is to manufacture the best products without causing unnecessary damage, and to use the business to inspire and implement solutions to the environmental crisis. Patagonia is internationally recognized for its commitment to the authentic quality of its products and for its environmental activism. To date, it has contributed more than $ 78 million through financing and donations. More info at https://patagonia-ar.com/

“Artifishal” will be released in Puerto Madryn to keep warning people about the risks of salmon farming
More than 600 people said #NoToSalmonFarming in the Beagle Channel
Login to The Forum for the Conservation of the Patagonian Sea
Reset Password
Enter the username or e-mail you used in your profile. A password reset link will be sent to you by email.