In memory of William Conway 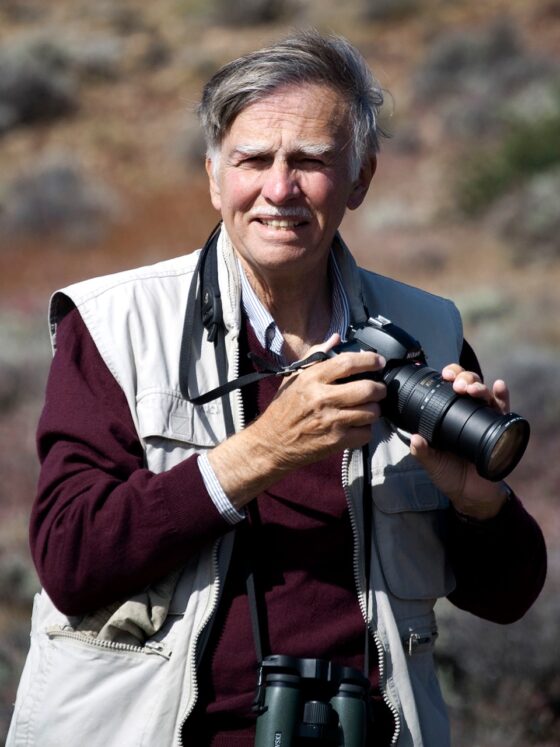 From the Forum’s origins, it was crucial to count on the wisdom and creativity of such an irreplaceable leading figure for international conservation such as Dr. William Conway.

We bid farewell to a reference.

Founder and former president of the Forum

William Conway passed away last October 21st. Suffice to say that he founded the conservation program of the Wildlife Conservation Society (WCS), changed the concept of the zoological park, and promoted the protection of species and areas in Argentinian Patagonia.

Bill was more than what goes around. He was a charismatic teacher, and I am surprised when it is said that he was strict when the word should be: ‘fair’. A fair man with a sense of humor. Bill was formal, elegant. And in one respect, he was predictable: he never wore a tie that didn’t feature wildlife.

As president and CEO of the New York Zoological Society, and later WCS, he spent part of his life inside a (wonderful) office in a former Bronx Zoo building, home of WCS. And yet, the profile that best represented him was that of a field naturalist. He enjoyed the closeness of animals in the wild and immersed himself in natural spectacles – as he called, for example, a colony of penguins or elephant seals. In the field, he was predictable in another respect: he always wore the same jacket, and “always” means for at least thirty years.

Bill’s father was a renowned visual artist. The aesthetic influence he inherited from his father must have been important – a sensibility he expressed in all aspects of his life and even more so in photography. Taking pictures was one of his passions. He adapted immediately to digital technologies. Without a doubt, he changed cameras more often than he changed his jacket. And thanks to that “weakness”, and to his generosity, I was able to have my own photographic equipment, which served, for example, to take images of the elephant seals of the Valdes Peninsula from a light aircraft, and to know the size of their populations.

William Conway at the founding event of The Forum for the Conservation of the Patagonian Sea and Areas of Influence, 2004.

Bill’s permanent absence shrinks my world. Even at a distance, he was always a moral, intellectual and emotional support. He was also essential in the channeling of resources to Patagonian coastal conservation projects, including my own. Bill was a force of nature and exuded dedication to the cause. He used to tell the story of the egg and the ham: the egg demanded partial investment from the hen, the ham demanded absolute dedication from the pig. When the story was over, he asked: what kind of conservationist do you want to be?

I think of him in dissimilar images. I see him sitting at a table in a restaurant near the Bronx. The joke was that the décor looked like that of a cabaret. I see him, cocktail in hand, toasting with a smile, celebrating friendship. I see him on the Patagonian beaches, looking for a pebble of a particular color or shape, among infinite alternatives, which he always found and admired and kept as the greatest work of art. And I see him behind his camera, with his well-assembled tripod, looking for the perfect framing, discussing it with Guillermo Harris, and perhaps thinking that Guillermo was going to take an even better picture.

Bill was a man from another world. His values, his resolve, his humility, his passion for nature. That, at least, is the man I knew. He had the gaze of a sculptor where the Bronx Zoo needed to be remodeled, that of an animal keeper, that of a scientist, a politician, an economist. He was a full-fledged human being, and that’s how he went through life. Today we are missing him. Much of his legacy may have remained in the countless followers who had the privilege of being influenced by him. It is no consolation, as when a priceless piece of some fine mechanism that cannot be put back together is lost. His death is like an extinction. 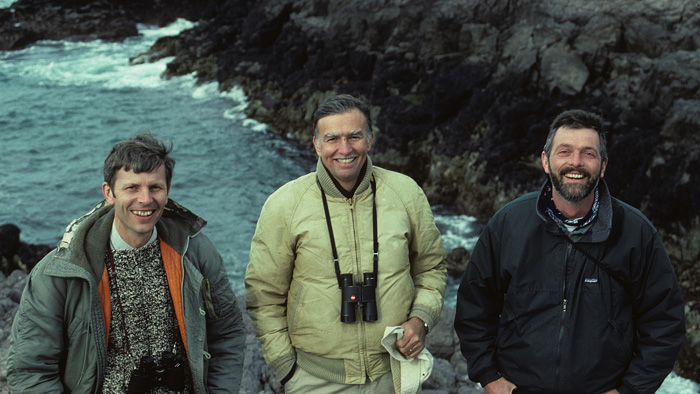 We condemn the destruction of nests and the damage caused to the Magellanic penguin colony of the Punta Tombo Reserve and request the reinforcement of their protection.

“On the last day of activity of 2021, the Government authorized oil exploitation off the coast of Mar del Plata”

Protected Areas and Salmon Farming: Forum document at IMPAC5
OMEC: Effective recommendations for other effective measures
Login to The Forum for the Conservation of the Patagonian Sea
Reset Password
Enter the username or e-mail you used in your profile. A password reset link will be sent to you by email.