It is necessary to stop contaminating the oceans with plastic. In Argentina, twenty environmental organizations -including several members of the Forum for the Conservation of the Patagonian Sea- demanded a bill that bans cosmetic products containing microplastics used by the industry because they affect the sea, the species within it and even human health.

More than 20 environmental organizations (1) asked the authorities of the Health, Industry and Natural Resources Commission of the House of Representatives of the Nation, the prompt treatment of the bill (2) that prohibits cosmetic and dental products that contain microplastics, as a fundamental measure to stop oceans pollution.

The project in question seeks to ban the production, import and commercialization of cosmetic products and oral hygiene products for dental use that contain micro-pearls of plastic added intentionally, as of December 31, 2020. It grants manufacturers and marketers a transition period to incorporate non-plastic alternatives to their products and establishes sanctions for companies that do not comply with this regulation. 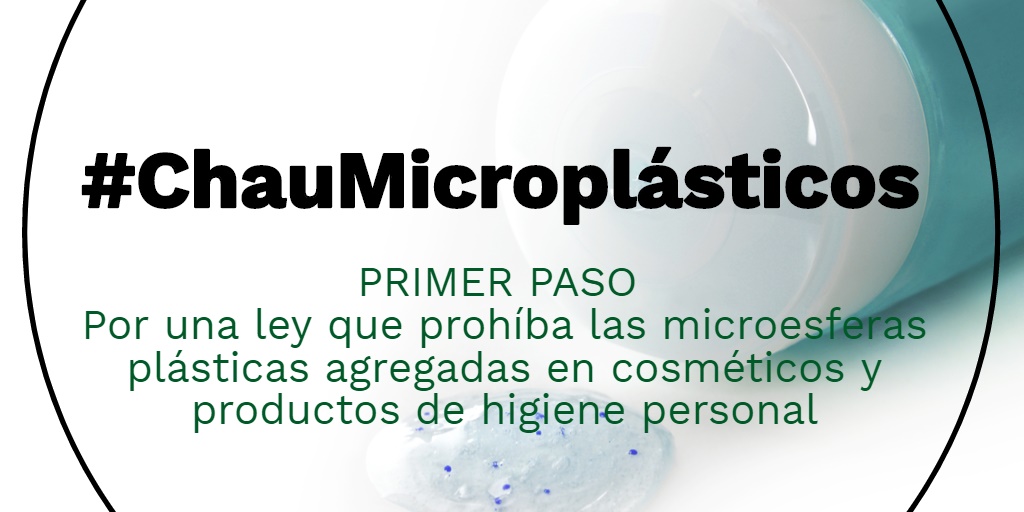 The impact of plastic on oceans and human health

The increasing amount of plastic waste dumped in the oceans is generating a serious environmental and health crisis. More than 80% of marine garbage has terrestrial origin. This is a result of poorly managed waste that is washed away by water courses and rivers into the oceans. More than 9 million metric tons of plastics are poured into the ocean and the coast every year, especially single-use containers and wrappings. Near 1 million of those tons would be microplastics.

Microplastics are small pieces of plastic, less than 5 mm long, which can be intentionally added to different industrial products or may result from the environmental degradation of larger pieces of plastic. In both cases, there’s an increasing concern regarding their negative impact.

The accidental ingestion of microplastics by marine organisms represents a proven threat. And it could also threaten human health as a consequence of its accumulation and entry into the food chain. In Argentina, a study carried out in 2018 by the National University of La Plata and CONICET detected for the first time microplastics in the digestive tract of catfish, tarpons, silversides, carps and other fish fit for human consumption along the coasts of Río de la Plata.

Argentina should not fall behind and must act immediately to take measures and formulate public policies that address this problem which generates more impact every day and is of national and international concern. Many countries have already banned the use of microplastics in different industrial sectors that add them to their products, such as the cosmetic industry.

It will be essential that the House of Representatives makes progress in the debate and sanction of the bill, and in the generation of regulations that address the pollution produced by plastic waste in the oceans, which grows day by day, alters marine ecosystems and puts at risk not only marine fauna, but also the health of the population.