A collaborative project was announced for the protection of the Patagonian marine biodiversity, with the support of the European Union

Puerto Madryn, June 20, 2022 – After a series of consultations with the civil society and the government of the Province of Chubut, national authorities and the fishing industry, the European Union announced the allocation of a significant grant for the protection of marine biodiversity and the promotion of sustainable development in the Patagonian region, in an act together with provincial government authorities and representatives of the local civil society.

The announcement was made at the “Teatro del Muelle” in the city of Puerto Madryn, with the presence of Chubut’s government representatives, among them the Mayor Gustavo Sastre, the Minister of Tourism and Protected Areas, Leoni Gaffet, the Minister of Environment, Roberto Ju-re, among other authorities and technicians.

The European Union (EU) Delegation in Argentina has invited the Forum for the Conservation of the Patagonian Sea and Areas of Influence to present a project proposal on biodiversity conservation in the Argentine Sea, developed in collaboration with government institutions, experts, and relevant organizations. The EU will provide a subsidy to implement the future project, starting in 2023.

The Forum, a network of 23 civil society organizations present in four countries of the Southern Cone, will be the coordinator and administrator of this initiative. The intention is to support demonstrative interventions to mitigate serious environmental problems that affect coastal and marine protected areas in the Patagonia region, in order to generate knowledge and capacity to intervene on a larger scale.

The coastal-marine ecosystem of Chubut and the sectors near national marine protected areas are very suitable for pilot testing the project. The EU and the Forum have initiated consultations with provincial and national technical agencies to design future activities. During the coming months, participatory activities will be carried out that will allow the project to be formulated.

The officials, accompanied by Amador Sánchez Rico, the EU Ambassador in the country, made a special mission to the Province of Chubut, to see some of the sites and counterparts related to the implementation of the future initiative.

Alejandro Vila and Diego Taboada, president and vicepresident of the Forum for the Conservation of the Patagonian Sea, highlighted the importance of the articulation of efforts of all sectors in this project that will address, among other issues, the strengthening of coastal and marine protected areas, the adoption of good fishing practices for the reduction of bycatch, and the prevention of plastic pollution, mainly of fishing origin.
The ambassador and the EU delegation participated in a whale watch in Puerto Pirámides accompanied by representatives of the organizations of the Forum (Fundación Vida Silvestre, Instituto de Conservación de Ballenas, Global Penguin Society and Wildlife Conservation Society). The Undersecretary of Conservation and Protected Areas and the Undersecretary of Environment of Chubut also participated.

“Green transition is a priority for the EU, both within Europe and in our external action. Supporting the work in the territory carried out by networks of civil society organizations, as is the case of the Forum, allows us to consolidate spaces for multi-stakeholder dialogues in partnership with the competent authorities and to take concrete action on key issues such as the monitoring of marine biodiversity and work with the fishing industry for the adoption of sustainable practices,” said Myriam Ferrán, Deputy Director General for International Partnerships of the European Commission.

Alejandro Vila, president of the Forum’s Steering Group, said: “This project is an excellent opportunity to promote collaboration between governments, the private sector, scientists, and civil society so that together we can learn to mitigate some very worrying threats that currently limit the benefits of marine protected areas, such as the accumulation of plastics and the undesirable effects of large-scale fishing.” 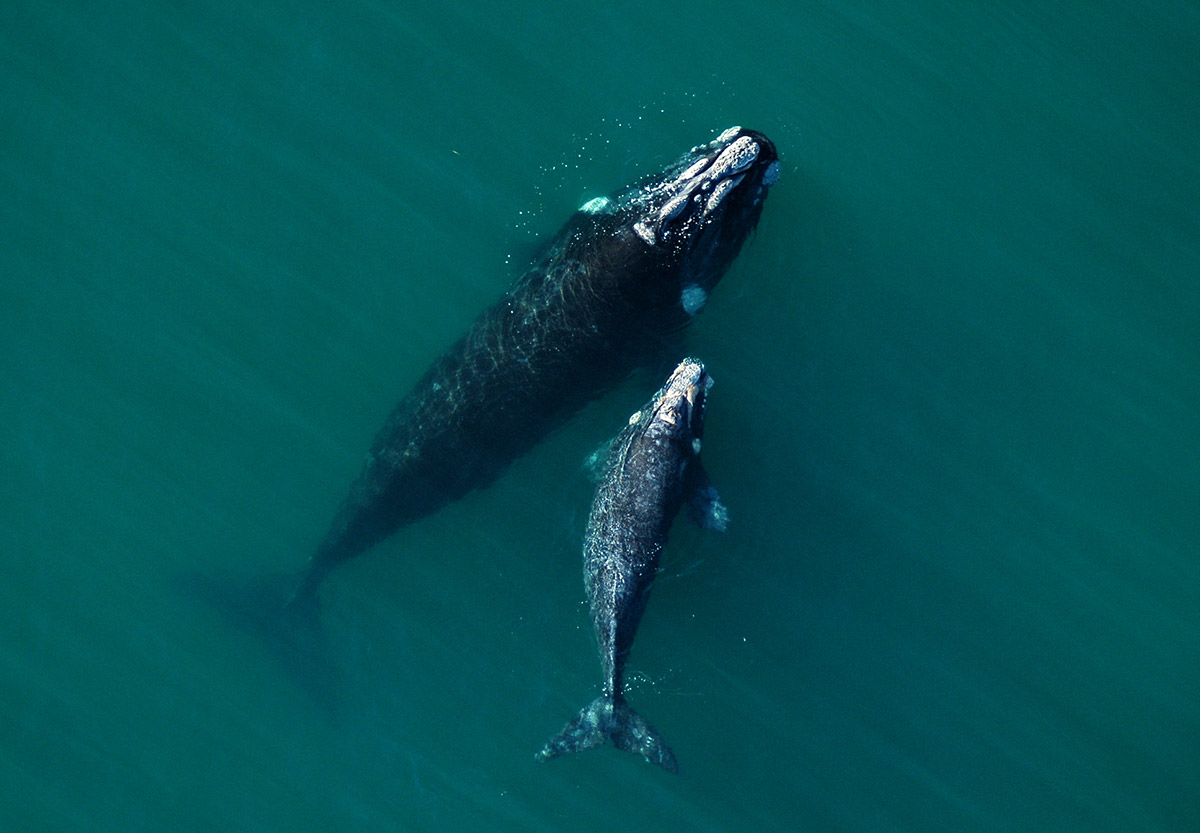 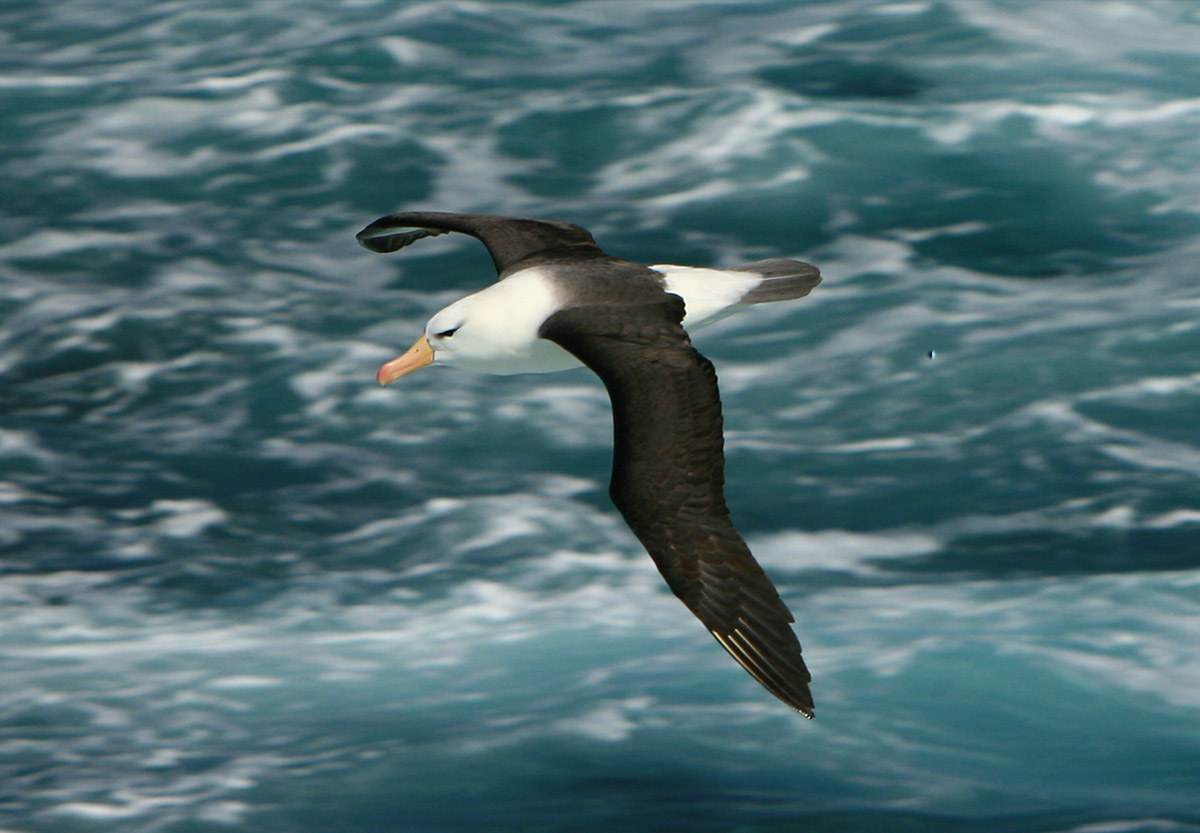 The Argentine Sea is part of the great ecosystem of the Southern Cone Seas. It is one of the most productive ocean areas in the Southern Hemisphere, is diverse in species and environments, and contributes to human wellbeing. It contributes to mitigating climate change by ab-sorbing carbon from the atmosphere. It has a remarkable diversity and abundance of marine life, from microscopic plankton to large fish, birds, and mammals. It supports artisanal and industrial fisheries that provide employment, food, and economic resources. Its landscapes and natural spectacles, including congregations of penguins, whales, sea lions, and elephant seals, attract tourists from all over the world. Increasing human activity and climate change are leaving their mark on this rich ecosystem, which requires responsible public policy interventions to continue to provide all these benefits to humanity.

Seismic prospecting in the Northern Argentine Basin has been temporarily sus-pended, with conditions.

The high cost of searching for oil in the sea: the damage to marine fauna and its “supermarkets”
Turquoise foreign policy gains special relevance in Patagonia
Login to The Forum for the Conservation of the Patagonian Sea
Reset Password
Enter the username or e-mail you used in your profile. A password reset link will be sent to you by email.