The Forum for the Conservation of the Patagonian Sea and Areas of Influence accompanies and celebrates the recent declarations of the governments of Argentina and Chile on the regional articulation of two Marine Protected Areas (MPA) – one existing and one projected – in the southern seas . These agreements are encouraging and contribute to the initiative “An integrated effort for the conservation of the biodiversity of the Patagonian Sea” that the Forum promotes, with support from Oceans5, to ensure an expanded and effective MPA system in both countries. 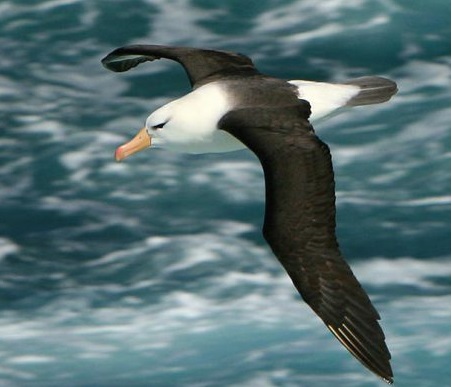 After the presidential meeting between Mauricio Macri and Sebastián Piñera, held on April 26 in Argentina, it was communicated jointly that “in order to advance in common scientific issues, during the second semester of 2018 will be created a Bilateral Commission of Scientific Marine Cooperation for the southern cone. “This allows us to advance in the realization of a common agenda and study the establishment of a marine area of ​​common scientific interest that includes the Marine Park Islas Diego Ramírez – Paso Drake of Chile and the future Marine Protected Area Yaganes, currently under consideration by the Argentine Congress.

Both marine spaces, being contiguous, form a conservation unit. It will be established under the laws of each sovereign country, but will be managed in a coordinated manner with collaboration of the respective authorities. In other regions of the world where similar initiatives exist, it has been called “Parks for Peace” or “Sister Protected Areas”.

From an ecological point of view, the ocean has no borders: the marine currents and the movements of the fauna that inhabit  connect very distant sectors that transcend political limits. There is a challenge of coordinating and integrating the management of human uses and market protection measures between jurisdictions, whether national or foreign. For this reason, the Forum encourages regional integration that offers the opportunity for both countries to work in an articulated manner for the conservation of shared biodiversity, ensuring the long-term provision of environmental goods and services.

Currently, new MPA are being created around the world, towards fulfilling the commitment assumed by several countries to cover 10% of their marine surface with protected areas before 2020. However, the key is to create effective MPA systems, which represent the diversity and connection of the ecosystems that we seek to protect In many cases cooperation between authorities, communities, organizations and scientists from various countries is necessary to achieve this.

For years, the Forum for the Conservation of the Patagonian Sea have been working with both governments to promote common approaches for the conservation of the Patagonian Sea. A large sector of the Drake Passage associated with Cape Horn was identified by the Forum in 2013 as a “Lighthouse of the Patagonian Sea“, and since then it has been promoted as an MPA, and was even presented during the International Congress of Marine Protected Areas (IMPAC4). ) held in Chile in September 2017, as an example where public and private efforts are being made to create MPA that protect the biodiversity that Chile and Argentina share as neighboring countries.

The political context facilitates the understanding of the contribution of marine conservation to regional integration, becoming a global message on the merit of a common vision for the health of our oceans.

What to do next regarding marine protected areas?