Last June 30th, the law that prohibits “the culture and production of salmonids in territorial waters of the province” with the objective “of insuring the protection and preservation of the natural and genetic resources, and the lacustrine and marine ecosystems” was approved in Tierra del Fuego, Antarctica and South Atlantic Islands.

During the session, legislators talked about the importance of guaranteeing the conservation of the natural resources from a social, cultural, ancestral, biological and economic view.

All fifteen legislators declared themselves in favor of the law, and now the province has 30 days to promulgate it. 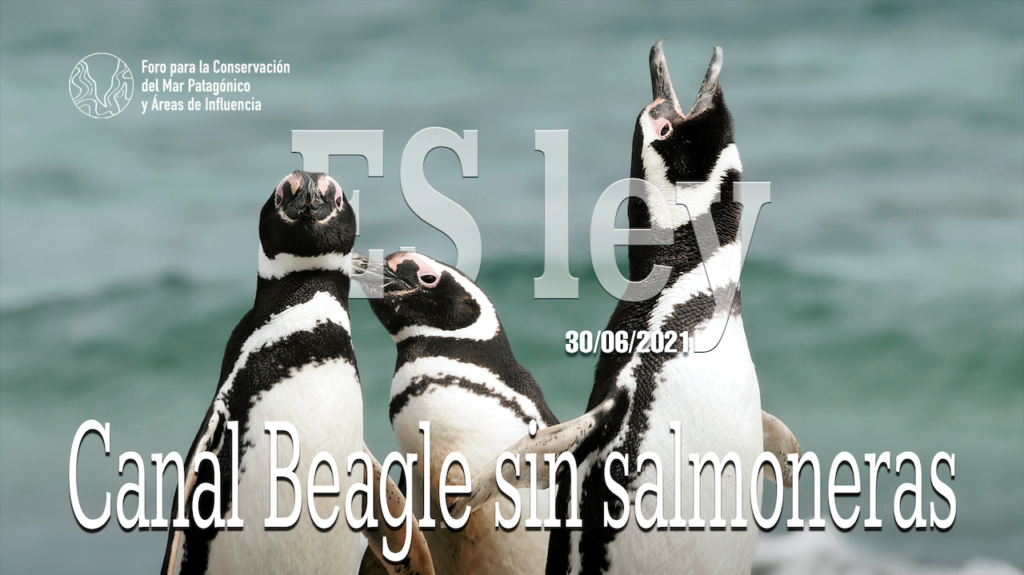 This legislation puts and end to the pressure exerted by the salmon industry, which wished to settle in the south of Argentina. In 2018 the Argentine government had signed an agreement with the Kingdom of Norway to go ahead with the “National Aquaculture Project”, which included the installation of this industry in the Beagle channel.

In 2019, the Forum for the Conservation of the Patagonian Sea and Areas of Influence issued a regional statement explaining that this channel stands out for its pristine waters and for hosting one of the world’s largest biodiversity reserves. The great heterogeneity of marine-coastal habitats present in this area, allows it to host a great diversity of marine vertebrates and invertebrates, as well as algae, which help increase biodiversity and act as a refuge for many species, and as food for others. Mammals and seabirds travel the biological corridors that connect the Atlantic and Pacific oceans as part of their usual migration route, making this area a great tourist attraction. This region is especially vulnerable to climate change, pollution and fishing activity and, given its characteristics and relevance, in 2013, the Forum identified the Beagle channel as one of the Lighthouses of the Patagonian Sea.

In addition, in 2018 the network made a position paper addressing the potential operation of salmon farms in Tierra del Fuego, which included “technical and conservationist arguments that support the unanimous position of all its organizations: not to allow salmon farming (including salmon and trout species) in Argentina”. The coordinator of this network, who was an active part of the process, Alexandra Sapoznikow said, “this document empowered local communities that were concerned about the impact these industries might have, but did not understand some complex technical aspects. The document was used by different sectors of the civil society, and it was even mentioned by legislators during the treatment of the law. This material allowed us to approach local organizations and articulate actions with them”.

Informed and networked we can take better care

When the community, in direct dialogue with their Chilean neighbors, saw the negative impact generated by these industries, they understood that the economic promise was a short-term gain, but a long term pain. The installation of just one cage (which is the size of a soccer field) would already be the beginning of the end, and that fragile ecosystem would suffer the consequences, with no turning back. The pressure exerted through the commitment of students and scientists, the tourism industry, divers, renowned chefs, civil society organizations, the Yagán people, politicians and the society in general was so strong, that this industry was stopped, and today we can see the results.

Through its member organizations, the Forum played a role: to support this cause. 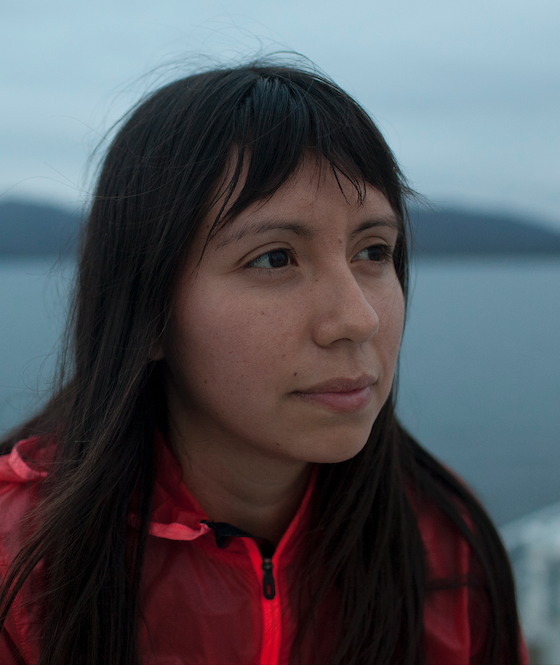 We are moving the limits of the impossible. Organized citizens, indigenous communities, organizations and scientific knowledge together have been able to demonstrate that it is possible to think of a form of development that goes hand in hand with the balance of the cycles of nature; a form of development that cares and respects them. This false dichotomy that makes us believe that we must choose between the protection of the environment or the economy is starting to break, since people are beginning to share a common vision that understands that caring for a balanced ecosystem is the fundamental basis for the development of life and of our own society. Today I feel deeply moved and grateful for having shared a path with so many people from Tierra del Fuego and the Chilean side of the Onashaga Channel, who came together for a common dream that today comes true.
I would also like to highlight the touching premiere of the documentary “Yaganes” by NatGeo in Ushuaia, which was very massive and ended with the audience chanting loudly “NO to salmon farms”. These are epic moments. 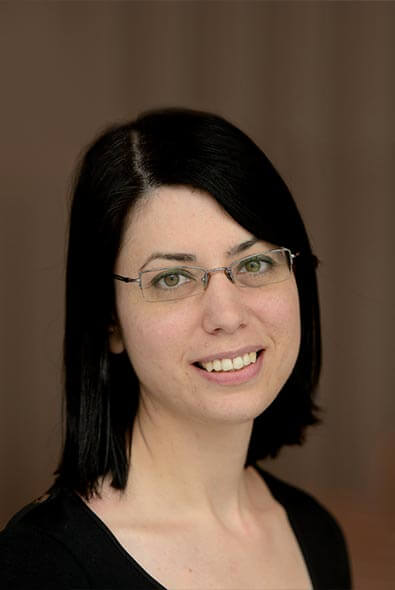 The Forum’s report, resulting from a strong effort made by the team involved, was very important because we had, on paper, technical and political bases that clearly stated the severe risks that salmon farming would entail for the channel. Then, meetings with the appropriate authorities were held, and the community was able to use that report as part of their advocacy and citizen action work.
I feel satisfied with the work we have done, seeing that, once again, it became clear how important and unique it is to work collectively and coordinated in defense of the environment. I also feel relieved, because an ecological disaster has been avoided, a historical mistake that we would always regret. We will have to remain vigilant in case other provinces with a sea coast make an attempt at this, but the precedent from Tierra del Fuego is highly relevant. 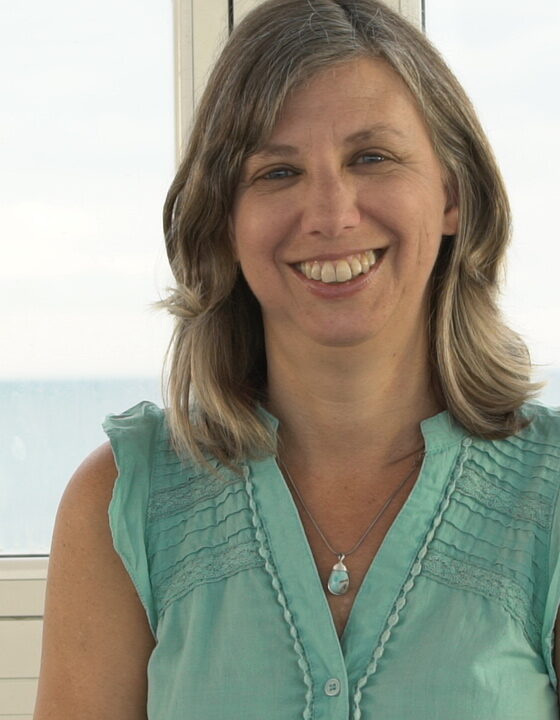 Alexandra Sapoznikow, coordinator of the Forum for the Conservation of the Patagonian Sea

This is the first time the Forum works with the goal of stopping an extractive industry. The coordination between the knowledge of the organizations and the diverse experiences was key to this task. To count on Chilean organizations that know so much about this issue made the whole difference; it helped write a solid position paper in a very short time.
The first lesson learned is that, working together, it is possible to stop even things that seemed impossible. This achievement is an example for the rest of the Argentine provinces and also for Chile, mainly the Magallanes region, which is going through a similar process. 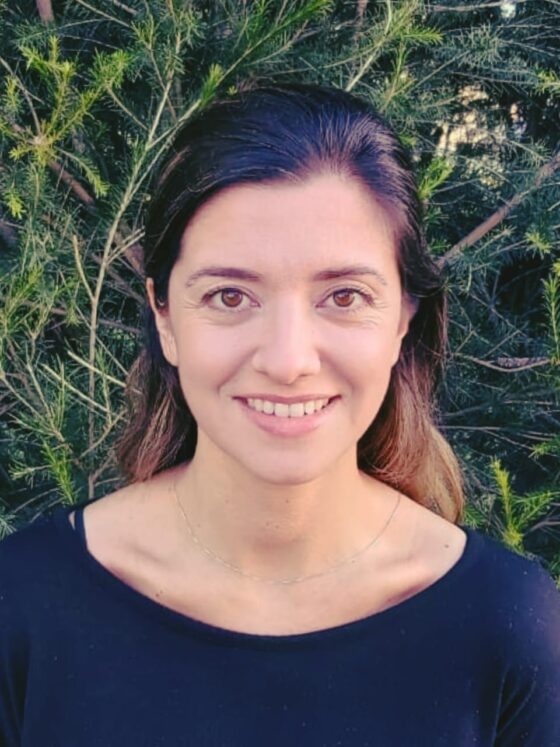 It was a historic campaign. Not only because of the significant milestone to which it contributed, but because it set a transcendental precedent: communication was a bridge, built networks, held dialogues, challenged paradigms, dissolved borders, connected us among nations, communities, cultures, generations and, above all, with our own nature. I am left with the feeling that guided us over more than three years: we were the sea, we are the sea.

Last Friday Laura Rocha reported in Infobae that Chilean indigenous people look favorably upon the milestone achieved in southern Argentina, and believe that this precedent may slow down the expansion of salmon farming in their country, because the Beagle Channel is still not safe from harm.

“Maldevelopment and salmon: what lies behind the ban in Tierra del Fuego”

MPA Blue Hole: “For me it’s a crusade”

Protected Areas and Salmon Farming: Forum document at IMPAC5
OMEC: Effective recommendations for other effective measures
Login to The Forum for the Conservation of the Patagonian Sea
Reset Password
Enter the username or e-mail you used in your profile. A password reset link will be sent to you by email.