The Forum at the Biogical Diversity Convention at Hyderabad, India

On October 16th, 2012, Ana Di Pangracio from Fundación Ambiente y Recursos Naturales (FARN) spoke representing the Forum for the Conservation of the Patagonian Sea and Areas of Influence at the side event organized by BirdLife International, entitled “First Global Inventory of priority sites for seabird conservation: their uses for informing EBSAs and other marine conservation initiatives” at the Eleventh Conference of the Parties (COP11) of the Convention on Biological Diversity (CBD) taking place in the city of Hyderabad, India. 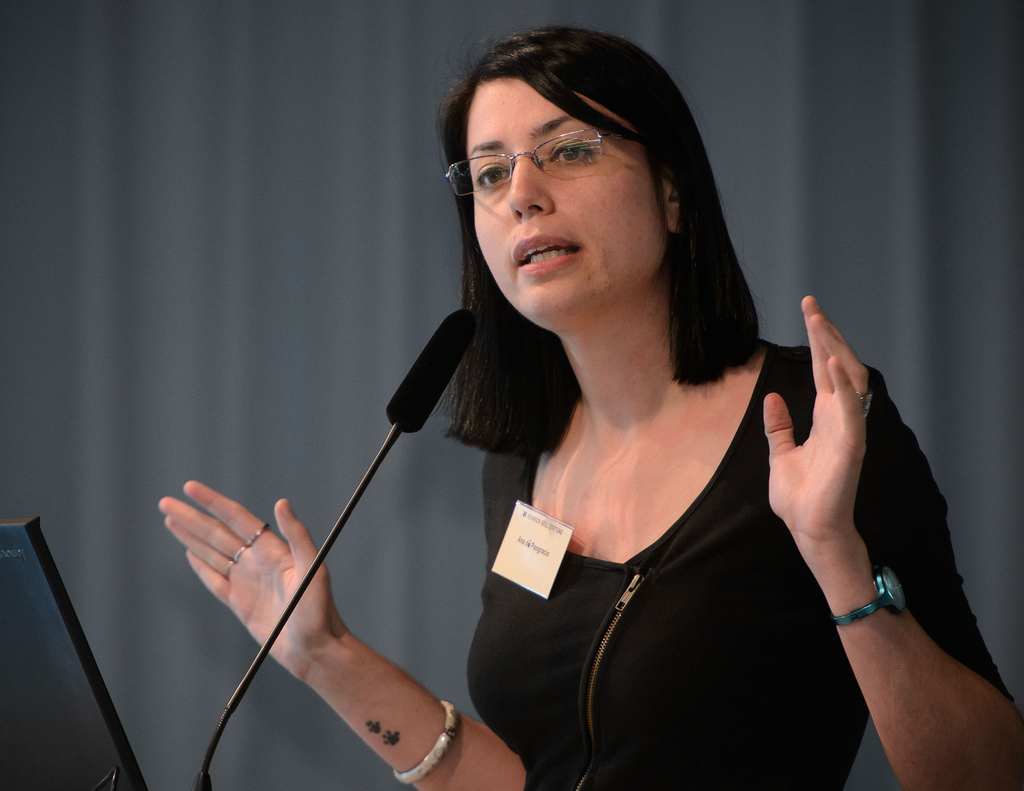 The Forum also presented a fact-sheet document prepared with support from Avina and the Oak Foundation. The event was co-organized with Wild Bird Society of Japan, the Bombay Natural History Society, the Secretariat of the Nairobi Convention, the Secretariat of the Convention on Bilogical Diversity and the Forum for the Conservation of the Patagonian Sea. It was attended by outstanding international experts, representatives from the CBD secretariat and from the Argentine delegation to the CoP.

The event, and the release of the atlas of Importan Areas for Bird Conservation (IBA) at sea is the culmination of six years of work that included input from more than a thousand scientists in seabirds and marine sciences. The global network include about three thousand priority sites for conservation of seabirds. These sites are displayed within an interactive online tool (e-atlas) which was demonstrated at the event, explaining its operation, information about species and case- studies. Marine IBAs are already reporting a variety of marine conservation initiatives like the CBD work program on EBSAs, the European Union Directive on Birds, the work of the Nairobi Convention and the protection of the marine enviroment of the North Atlantic and some national initiatives. It is hoped that this BirdLife tool is used in the future by many people, becoming a flexible reporting tool to advance marine conservation at all scales.

The Convention on Biological Diversity is the main international agreement regarding public policy on conservation and sustainable use of global biodiversity. Within CBD there is a special initiative that invites member countries to submit designation of sites of the ocean as Ecologically or Biologically Significant marine Areas (these sites are called “EBSAs”). The Forum for the Conservation of the Patagonian Sea is working since several years ago to gather information on potential EBSAs within its target region, by means of the project called “Forum Lighthouses”. The presentation by Ana Di Pangracio stressed the potential synergy among the initiatives on IBAs, EBSAs and Forum Lighthouses. Relevance of this side-event is that the large amount of detailed information gathered could be useful for regional governments and for international conservation bodies in order to identify and protect the most sensible sites within the marine ecosystem.