In July 3, 2013 the Argentine Senate passed unanimously a law establishing a marine protected area in the Burdwood Bank, in the Southern Atlantic Ocean. The bill was enacted by President Mrs. Cristina Fernández on August 5 as Law No. 26 875. The initiative had the support from governmental agencies, political parties, scientists and the Forum for the Conservation of the Patagonian Sea and Areas of Influence. 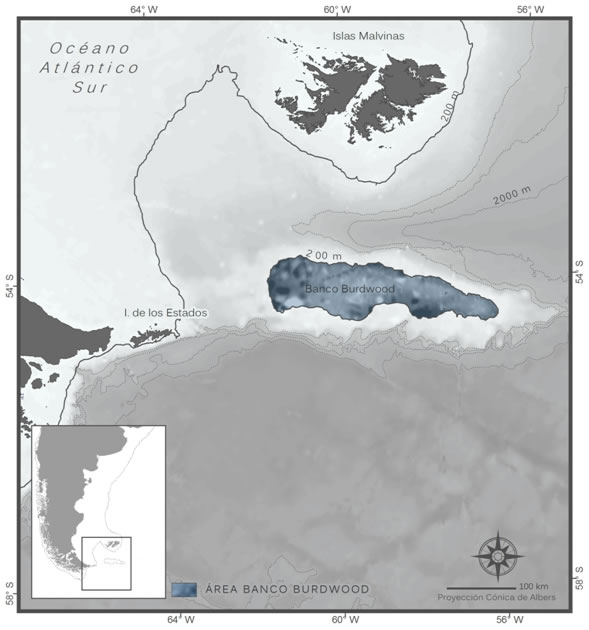 The bill had been presented in 2012 by legislators Luis Basterra and Guillermo Carmona from the lower house of Congress, with technical advice from biologist Oscar Padín and from the Secretariat of Environment. Once in the Senate, the project received strong support from the Commission of Environment and Sustainable Development, especially from its president, Senator Rubén Giustiniani. This is the first entirely-oceanic protected area of Argentina.

The Forum for the Conservation of the Patagonian Sea and Areas of Influence congratulate and thank legislators that passed the act creating the Burdwood Bank marine protected area and confirm its commitment with the success of the initiative. By effectively protecting this area and promoting marine scientific research, Argentina will be giving an example of peaceful stewardship of the sea, hopefully promoting international dialogue and cooperation in this part of the World.

The new reserve comprises the whole bank up to 200 m depth, with a total area of 28,000 km2. It is zoned in areas with different uses and objectives. The core area of 1,800 km2 will be strictly protected. Human activities in the remaining zones will be regulated by a Management Plan that should be put in place soon. In the first stage of implementation, there will be a multi-agency Administration Board in charge of preparing the Management Plan.

Scientists and members of the Forum for the Conservation of the Patagonian Sea have been promoting conservation of this site since 2008, when they advised the Argentine Government in order to establish a permanent no-take zone within the bank. In his speech at the Congress, Senator Giustiniani expressed gratitude for the long-term work undertaken by the Forum.

Some areas within the bank are rich in fishes such as the southern blue whiting and the Patagonian toothfish. Wandering albatrosses, king penguins, southern elephant seals, killer whales and many other vertebrate species have their foraging grounds here or cross the area during their migrations. Although it is fragile, the site is in good conservation condition. Potential extractive uses disturbing the seabed or the subsoil (such as bottom-trawling or hydrocarbon exploitation) might cause severe damage in biological communities, in an area where recovery rates might be very slow.

Burdwood Bank is a submerged plateau with relatively shallow waters, surrounded by the deep sea. It is located to the South of the Falkland Islands (Islas Malvinas) (*) and to the East of Tierra del Fuego. It is a remote, difficult-to-study site. The ecological conditions of the seabed allow for the existence of a particular ecosystem, with a variety of invertebrate species including cold-water corals, sponges, crustaceans and molluscs. During scientific cruises, endemic species and others previously unknown to science were found. It is thought that the bank is home of more undescribed species.

(*) “A dispute exists between the Governments of Argentina and the United Kingdom of Great Britain and Northern Ireland concerning sovereignty over the Falkland Islands (Malvinas)”.This quote and the double name of the Falklands (Malvinas) archipelago follows Editorial Directive ST/CS/SER.A/42 issued in August 3, 1999 by the Secretariat of the United Nations.