2013, a year of achievements and challenges for the Forum 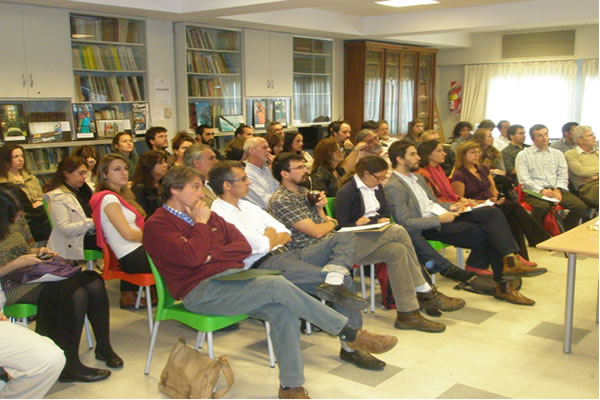 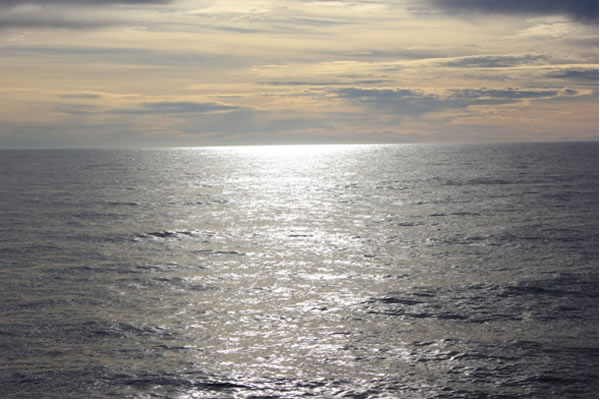 In May the Forum had its XI Plenary Meeting in Aves Argentinas’ head-office in Buenos Aires. In the first day there was an open session attended by special guests from the Argentine Government, the academia and non-member NGOs. During the Forum sessions, main issues were the joint strategy in regards of marine protected areas, fisheries and capacity-building for marine biodiversity conservation. Larry Crowder from the Center for Ocean Solutions at Stanford University also attended the meeting and provided valuable strategic advice.

In September there was another important meeting: the International Workshop on Marine Protected Areas hosted by Forum member Fundación Vida Silvestre Argentina and attended by other members and the Coordinator. The meeting took place in Buenos Aires and had several international experts as guest speakers. It drew an unprecedented level of attention by representatives from various agencies belonging to the Argentine Government. Exchange of information and ideas among experts, governmental officers and NGOs was highly constructive, in what can be seen as a milestone towards a public policy of marine conservation in the country.

During the above-mentioned workshop, the new book by the Forum was presented. Its title is “Lighthouses of the Patagonian Sea –Important Areas for the Conservation of Marine Biodiversity”. It is the result of three years of joint work by professionals belonging to the 14 organizations in the Forum. The book is written in Spanish and contains maps and information on 22 relevant sites for the conservation of species, habitats and ecosystems. Information presented is pertinent for the analysis of regional public policies in issues such as preservation of the ocean’s ecological integrity, management of natural resource uses and adaptation to global climate change.

Argentine Forum members were involved in joint advocacy activities in the National Congress including several petition letters, meetings with Congressmen and advisors and one technical report. The Argentine edition of WWF’s “Earth Hour” event was devoted to advocating for more marine protected areas at the Congress. In July the House of Representatives passed the law establishing the first entirely-oceanic marine protected area of the country in the Burdwood Bank area, following recommendations by Forum members dated as early as 2008. In November, the Chamber of Senators approved the bill that will establish the National System of Marine Protected Areas. The projected law should be discussed in the Lower House during 2014 in order to be passed. Forum members provided technical advice to Senators that led to text improvements during the analysis of the bill.

Capacity-building activities on marine conservation targeted at early-career professionals is gaining momentum both in Argentina and Chile. Dr. Alexa Sapoznikow (CENPAT-CONICET) is a pioneer of the idea with support from the Forum. The network of “Young Leaders for Marine Conservation” celebrated its fourth year of existence under the auspices of the Forum and other organizations, with a planning meeting in Puerto Madryn. The coordinator of the group, Dr. Sapoznikow, was also guest professor in a special course on the human dimension of conservation in the Las Cruces Biological Station in Chile.

In October, officers from the Argentine Ministry of Science (MinCyT) invited Argentine Forum members to a meeting of presentation of the “Blue Pampas” initiative. This endeavor is aimed at promoting science, education and communication on marine issues at the national level. Collaboration from MinCyT was offered in order to reprint the book by the Forum entitled “Synthesis on the Status of Conservation of the Patagonian Sea and Areas of Influence”, first published in 2008 (currently out of print). Invitation by MinCyT is a valuable opportunity for collaborative advocacy towards the Argentine Government. For the first time, a governmental agency acknowledges the work and messages from the Forum. 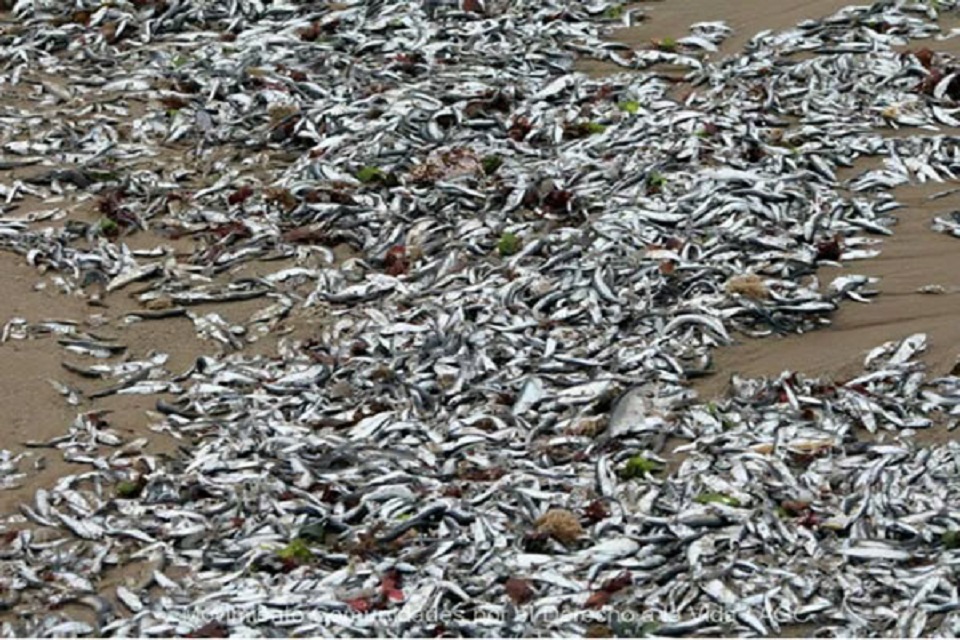 Besides the results achieved by Forum activities, the state of the ecosystem offers both good and bad news. In Chile, Oceana claimed for urgent implementation of a recovery plan for the South Pacific Hake, an important resource for commercial fisheries that has been overfished during the last decade and is facing collapse. A similar problem happened in the Atlantic side to the Argentine Hake few years ago, when the breeding stock of the species decreased abruptly because of overfishing. Market conditions and other circumstances caused a decrease in the species landings during the last few seasons, allowing the Argentine Hake to start a slow recovery process.

Also in Chile, thermo-electric power stations are suspected to have caused massive die-offs of Araucanian Herrings. Some coal-fueled power stations located in the Pacific coast use sea water for cooling. The environmental risks of this technology comprise pollution of water and atmosphere, in addition to mortality of aquatic organisms. Oceana is developing a long-term campaign advocating for the replacement of coastal thermoelectric power stations by renewable energy sources.

In Argentina, Government of Chubut Province announced their intention to establish two new large Biosphere Reserves in the coast. The first one would encompass the San José and Nuevo Gulfs, the whole Valdés peninsula and neighboring coastal and continental areas. It would include important breeding and foraging sites for seabirds, pinnipeds and whales (already protected). The second projected reserve would include the largest continental breeding colony of Magellanic Penguins in the famous Punta Tombo site. Ideally, it would enhance actual protection by enlarging the marine protected area nearby the colony. Several Forum member organizations were asked by the Provincial Government to give advice on the design of these new protected areas.

José María Musmeci, Vice-chairman of Forum member Fundación Patagonia Natural (FPN), was appointed in December 2013 as the new Minister of Environment of Chubut Province, Argentina. Musmeci has a long career in conservation. Formerly he was Executive Director of FPN and Under-Secretary of Environmental Policy in the national Government.

Besides this encouraging news from Chubut, several worrying issues appeared. Development and real-estate projects threaten integrity of relevant protected sites along the northern coast of the province. FPN and FVSA, together with other organizations, reported that private investors started building an extensive road network (supposed to be illegal) within “El Doradillo” sector of Peninsula Valdes Reserve. Despite a complete legal framework protects the reserve against this kind of endeavor, actions by Governmental officers seemed ineffective in order to halt urbanization of the site. At the same time, the Government announced that it would open a new coastal road from Puerto Madryn to Rawson city with the purpose of increasing tourism and development opportunities. The new road would go through Punta Loma and Punta León coastal protected areas, threatening the integrity of those fragile areas.

Bearing in mind all these good and bad news, the Forum for the Conservation of the Patagonian Sea is preparing its tenth-anniversary meeting in Puerto Varas, Chile, in August 2014. With its successes and mistakes, this Forum started a new way of marine conservation work by civil society organizations of the Southern Cone region. The 2014 meeting will be an opportunity for celebrating achievements of the network, planning a joint strategy for the future and learning from past experiences. Besides member NGOs, the meeting will be attended by scientists, Governmental officers and donors. Please ask the Coordinator for more information. 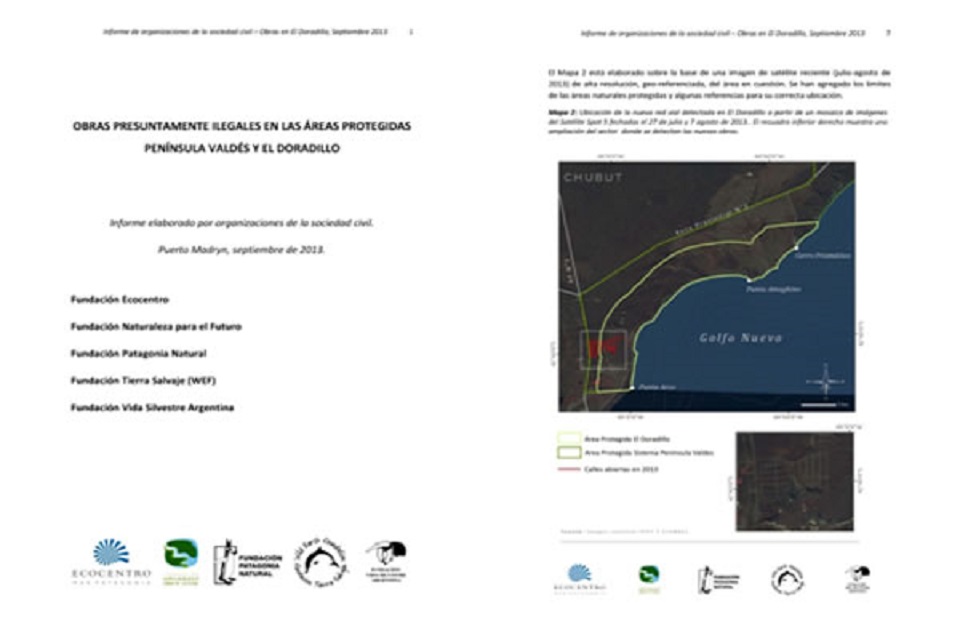